Happy Anniversary to Us!

It’s not every day a business finds itself in the happy place of celebrating 30 years in business. Hickory Dickory Decks is delighted to be meeting this milestone. We’ve come a long way baby! 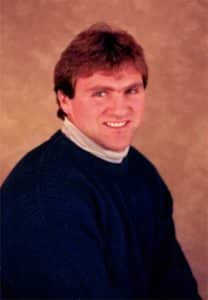 With Tom Jacques, fresh from McMaster University with a degree in business commerce at the helm, the great decking company with the silly name was born.

With a small carpentry crew, Tom got busy with the work of building quality decks at a fair price. So much has changed over the years but this primary principle remains the same.

Head office opened in Flamborough in June 1987 and remains there today. While the office was situated in the basement of the house where Jacques and his growing family lived, it now occupies every room of the house and business has spilled over to the sales office located on the same property. It is here that customers come to see all that Hickory Dickory Decks has to offer.

The lumber yard, built in 1987 was located in the rear of the property on highway #5 but was soon relocated to its existing home on Ofield Rd. In 1997, Jacques began franchising Hickory Dickory Decks and is presently represented in 65 cities across North America. Together they have built more than 25,000 low maintenance decks.

Hickory Dickory Decks is the largest decking company in Canada, not to be outdone by Jacques’ large family. Over the years Jacques met and married his wife, Sue. They have seven children and vow they are done. Jacques’ only interest in growth continues to lie with his other baby, Hickory Dickory Decks.

One thing that remains the same here at Hickory Dickory Decks is the quality and value of the work they do. Jeremy has been with the company for more than 25 years. He is one of many long-term carpenters working with the company. Not much else has been without change over the last 30 years.

A showroom has been built where customers can come and shop products, making deck decisions a whole lot easier and fun. While 85 percent of all decks built by Hickory Dickory Decks are low-maintenance, 30 years ago, the majority of projects were still made of pressure treated or cedar wood.

Throughout the years, Jacques has found countless ways to give back to his community. For more than 18 years, Hickory Dickory Decks has been raising money through their annual charity golf tournament. Just like the company, the tournament has grown. Last year saw 216 golfers and more than 250 involved. The 2016 Golf Classic raised more than $50,000.

We think a 30 year anniversary is a great time to blow our own horn. Toot Toot.